The Palm School can be renovated without an unnecessary Convention Center Expansion! 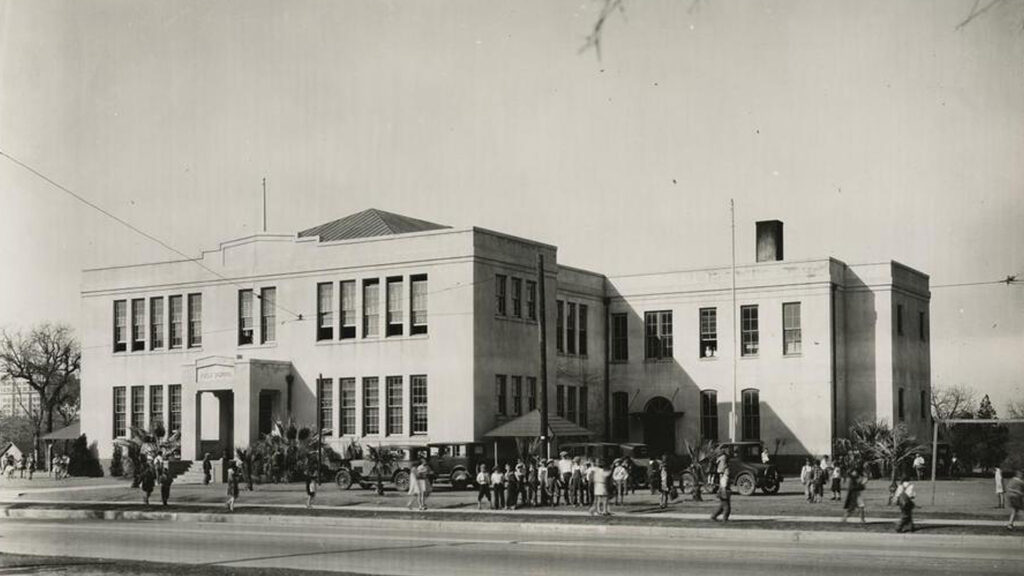 This is the mechanism under which the current convention center and its 2002 expansion were financed. This law also applies to counties, and the Travis County Expo Center meets the definition of “convention center facility “in the law.

The City of Austin could immediately pay off the current convention center debt with existing convention center reserves. With the 334 debt cleared, in cooperation with Travis County, the City could put forth a ballot measure that would renew the tax for a variety of tourism-related projects all over Austin, including the Palm School.

Despite that opportunity, Chapter 334 has been conspicuously absent from the conversation surrounding convention center expansion. The Visitor Impact Task Force, the Tourism Commission and City Council have not delved deeply into this option. Instead, the expansion is slated to be funded through an industry-created loophole under Chapter 351. Intended to circumvent a public vote on expansion, this loophole also requires that 100% of new revenue created by raising the hotel tax ONLY be used to expand an existing convention center.  No one has explained how that restricted revenue can be used for the Palm School.

PHAM, the political action committee created to oppose the Unconventional Austin ordinance, stands for Palm school, homelessness, arts, and music. A tool of the corporate hotel lobby, PHAM claims that these four critical components of Austin’s culture can only be addressed by expanding the failing convention center. Making this claim purposefully obscures the full range of options available to our community under Texas law. Without a staggeringly expensive convention center expansion soaking up the vast majority of future hotel occupancy tax revenue, we could use Texas Code Chapters §334, §372, and §351 to promote and fund everything PHAM claims to stand for without expansion of the convention center:

The Palm School could be renovated and restored under Texas Local Government Code, Chapter 334 without tying it to expansion. Under that chapter and in partnership with the county we could also finish the MACC, add to the Long Center, refurbish the Travis County Expo Center and fund a number of other community projects.

Homelessness resources could be created today by the immediate establishment of a Tourism Public Improvement District (TPID under Chapter 372). The TPID is only tied to the expansion because the hotel lobby is using it as a negotiating tool, holding homelessness resources hostage to corporate welfare.

Arts events and cultural assets could be supported through a promotional program that would provide tourism dollars if Austin repurposed some of the convention center’s existing funds under Chapter 351, including $26 million in excess subsidies this year alone. Houston already does exactly this, and VisitAustin has done this sporadically in the past, and so it is clearly legal to support the arts via both the cultural fund and the promotional fund.

Music tourism could aggressively grown now, also under Chapter 351,  by transferring money from the over-subsidized convention center toward the existing music marketing allocation at VisitAustin. VisitAustin has been funding music marketing for years, albeit in tiny and declining amounts. If this is illegal, as proponents of expansion have said, then VisitAustin is currently breaking the law by funding small programs for music and film from the promotions bucket.

Unless otherwise stated, this website and all content within this site are the property of Unconventional Austin and are protected by copyright and other intellectual property laws.